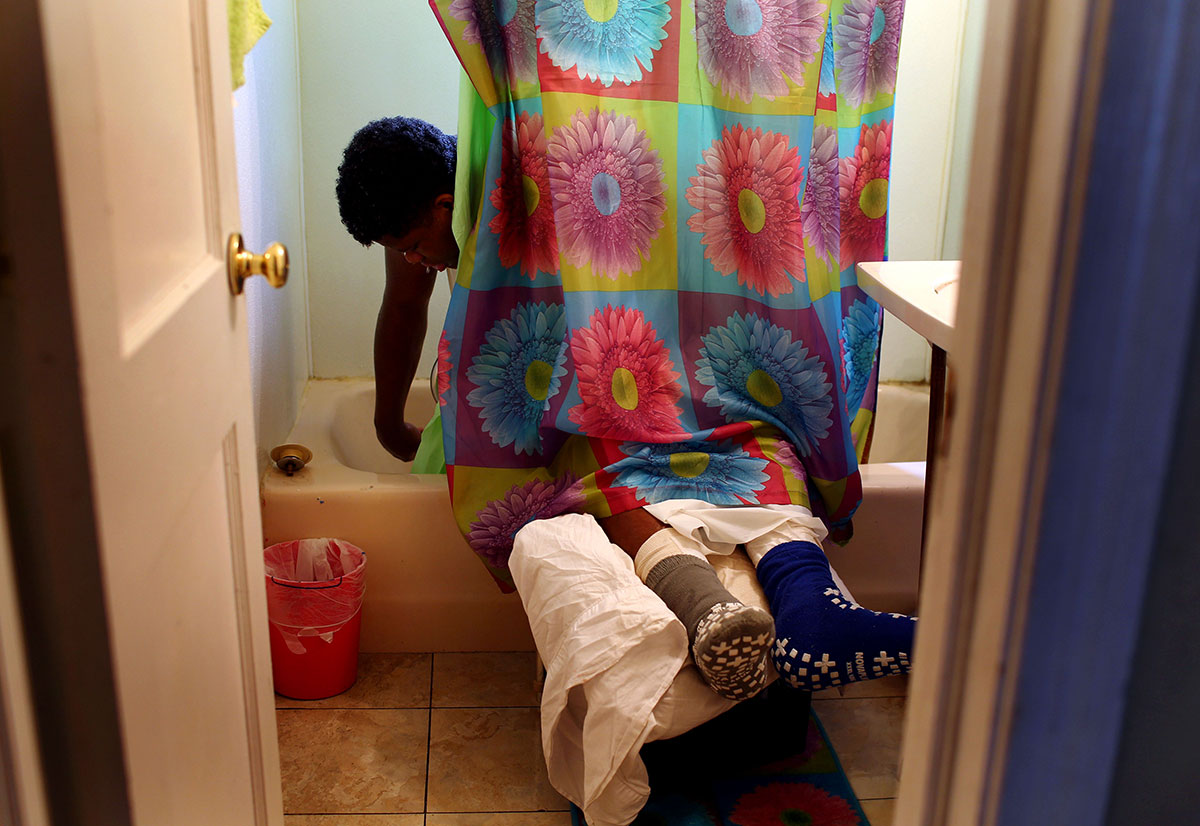 
Daily activities, such as taking a shower or using a bathroom, are constant struggles for Edward after the shooting. He was shot five times and paralyzed from his waist down, which caused many medical issues such as curved spine and skin infections on his heel. Edward took a shower but tried not to get wet on his heel.