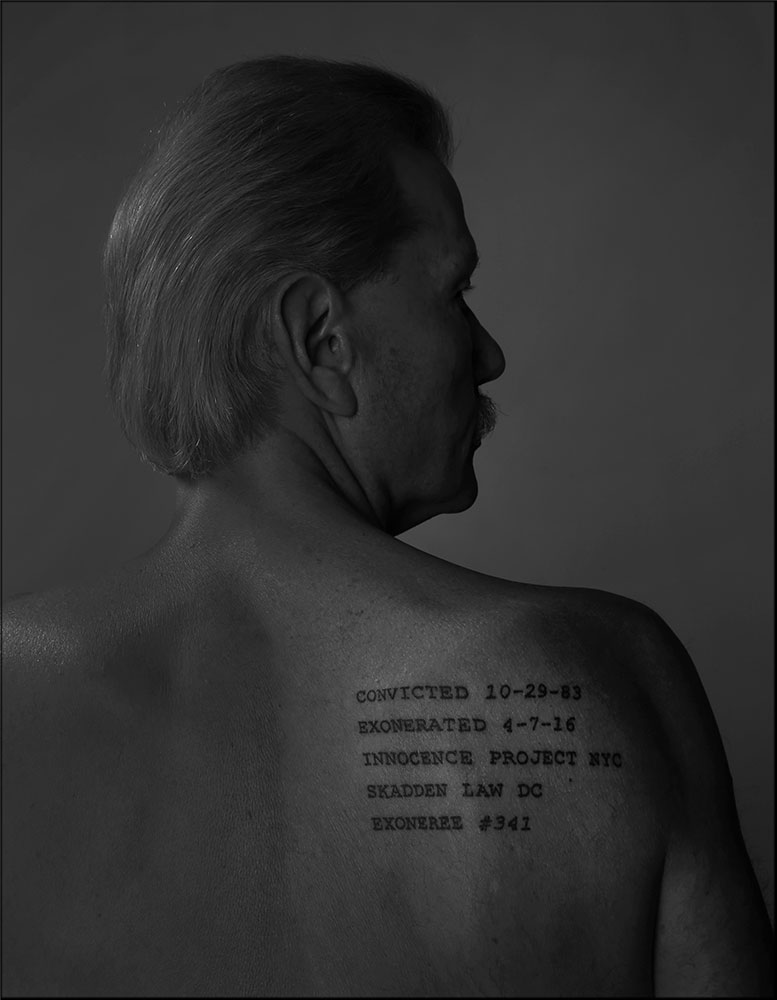 
Keith Allen Harward's tattoo indicates his wrongly convicted and exonerated dates and the group, which helped him exonerate. Harward, a former sailor wrongly imprisoned for 1982 slaying of a Newport News man and the rape of his wife, walked out of the prison after 33 years. Virginia Supreme Court granted a writ of actual innocence and tossed out his convictions after DNA tests.